I’ve moved from chilly zone 3b to temperate zone 8!  That’s right.  EIGHT.  I’m so giddy I don’t know what to do with myself!  According to this neat little table that I found, I’ve nearly doubled the length of my growing season!

Unfortunately I had to abandon my community garden plot in Minnesota around the end of our growing season.  I got some of the harvest in time, but the rest was left to my roommate.  Here are a few pics from my garden a few weeks before I left:

I planted sunflowers from seed 🙂 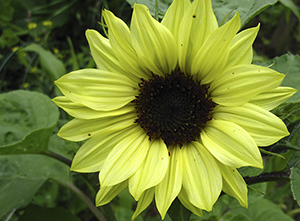 And had quite a few tomatoes! 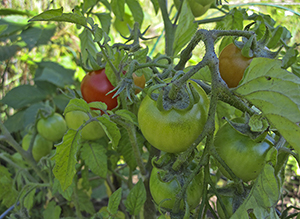 This was also the first year ever that I’ve successfully grown cucumbers! 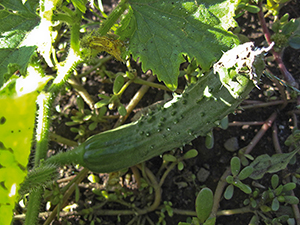 Although I miss my Minnesota garden terribly, I’m very excited to start a new garden here in Oregon.  I’m really happy that I’ll have much more time to spend on something that I love so much.

So far, I’ve only got the plants on my patio.  I’ve purchased one new plant since being here, which is a fun new succulent.  It’s the best looking one in this pic, the others are still looking a bit haggard from the 30 hour drive. 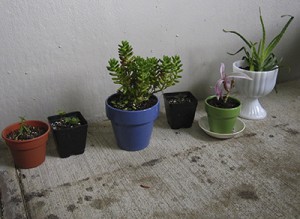 I also have a nice new camera, so I will be posting more photos of the area soon.  I’ll even be able to go outside in January to take pictures, because it won’t be -30 degrees outside!  🙂

If you liked this post, you can subscribe to my RSS Feed or get updates via email.

One thought on “I’ve Transplanted Myself to Portland, Oregon!”